An old school game can benefit from deeper systems that explore the rules and activities that are not the focus of the game. The system I present here is not a replacement for the existing rules. The existing rules are sufficient for a game that does not focus on trading goods, so a simple system, for an element of the game that will be used very rarely, doesn’t require further exploration and depth. But, what if you want to try something new? A combination of dungeoncrawling and business administration?

The players create their adventurers normally, they take them to explore dungeons and old ruins, they loot forgotten tombs and they recover relics and treasures, but instead of only looking for a buyer, they want to open a store and put on sale all the accumulated treasure, or at least the most mundane ones (works of art, simple weapons, pottery).

This system can be adopted by a single player, or between at least two players to form a cooperative. The distribution of the money to found the store, as well as the profits it generates and the payments to the employees, are decided by the members of the cooperative, although to avoid conflicts, the referee can rule that everyone gives and takes the same percentage.

A character or cooperative must invest a minimum of 5,000 cash to open a store, but its reputation value will be -10. Every 5,000 extra cash invested in it adds some reputation points or changes the amount of possible sales made weekly: 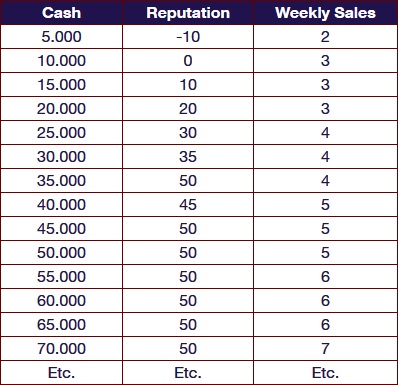 Sales. A sale can be any amount of items it makes sense. A single adventurer might only purchase a couple arrows and some rope, but a 4-person party might need equiptment for everyone. The referee can use this to control how money moves in the world, or he can make random tables of customer for every reputation level.

Base price modifier. Reputation modifies the value of products by a percentage equal to their score, so a -10 score store sells items 10% cheaper than the base price, and a 50 score store, 50% more expensive.

Purchase. When a customer makes a purchase, the referee pulls 2d6:

Salesman. There are four options: 1) Players can take turns, 2) One of the characters can retire from the adventure life and dedicate exclusively to the management of the store, 3) Players can create a new level 1 character to manage the store, 4) They can hire a salesman.

All options, except the first one (PCs taking turns), receive a commission for each sale made. The salesman’s charisma determines the commission as shown below, but the referee can adjust these values as needed:

20 items that can be bought at Ye Olde Shoppe 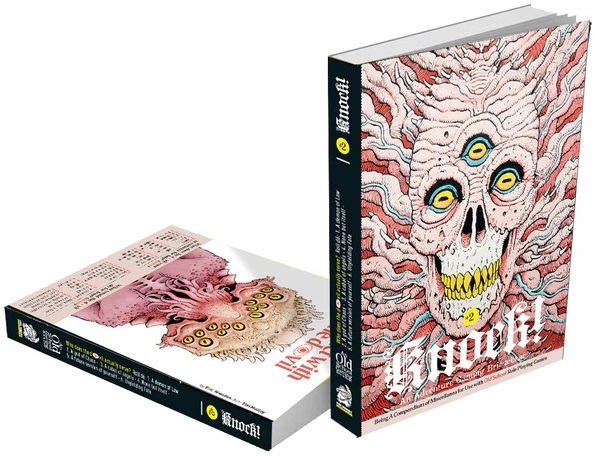